Office of Tax and Revenue

Office Hours
Monday to Friday, 8:15 am to 5:30 pm, except District holidays 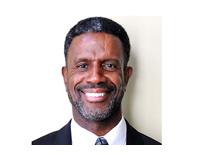 Dr. Fitzroy Lee, the interim chief financial officer (CFO) for the District of Columbia, manages the District’s finances, including its approximately $16.7 billion operating budget, of which $12.6 billion is generated from local and dedicated revenue sources. He also manages the city’s $8.2 billion capital improvements plan budget. Lee was appointed to this position by Mayor Muriel Bowser in March 2021.

As the independent CFO, Lee manages the District’s financial operations, which include more than 1,700 staff members in the tax and revenue administration; the treasury; comptroller; and budget offices; the DC Office of Gaming; economic/fiscal analysis and revenue estimation functions; and all District agencies. This includes management of the financial operations of United Medical Center, the University of the District of Columbia, and the Washington Convention and Sports Authority (Events DC). He also coordinates with congressional committees and the U.S. Office of Management and Budget staff that oversee District affairs. He regularly interacts with the financial community, including bond-rating agencies, regarding the District’s financial matters.

He began his career with the Office of the Chief Financial Officer in 2001, as the director of revenue estimation. In October 2009, he was appointed deputy chief financial officer and chief economist.

Previously, Lee worked for the Economic Research Service of the United States Department of Agriculture (USDA), where he co-authored a paper on the efficacy of user-fees for funding the meat inspection program. He was also an assistant professor of economics at Tulane University in New Orleans.

Lee has published papers on revenue forecasting and tax policy in nationally recognized academic journals. He is a member of the board of directors of the National Tax Association.

As CFO for the District of Columbia, he sits on the boards of Events DC, Destination DC, the Green Finance Authority Board (DC Green Bank), Not-for-Profit Hospital Corporation, DC Retirement Board, and the Tobacco Settlement Financing Corporation.

He earned a doctorate in economics at The Andrew Young School of Policy Studies at Georgia State University and a bachelor's in applied physics and computer science from the University of the West Indies (Jamaica).